skip to main | skip to sidebar

Ken Hively / Los Angeles Times
Charles Lynch speaks with supporters outside federal court in Los Angeles on Thursday. The judge heard from several character witnesses, including one of Lynch’s patients and the patient’s father.
A federal judge says he’s inclined to impose less than the required five years on Charles Lynch, who ran a Morro Bay dispensary. Lawyers are given time to file briefs before a June hearing.
By Scott Glover
April 24, 2009
The sentencing of a man who has become a key figure in the national debate over medical marijuana was postponed Thursday, with a federal judge saying he was inclined to impose a more lenient sentence than the five years required by federal sentencing guidelines, but questioning whether he had the authority to do so.

“If I could find a way out, I would,” U.S. District Judge George H. Wu said. He gave lawyers in the case until June 2 to file briefs regarding the impending sentence of Charles Lynch.

Lynch, 47, ran a medical marijuana dispensary in Morro Bay on the Central Coast in 2006 and 2007. Despite having the blessing of the city’s mayor and other public officials, he was charged with violating federal drug laws for distributing marijuana and was convicted by a federal court jury in Los Angeles last year.

At the hearing Thursday, Wu heard from several character witnesses, including one of Lynch’s patients and the young man’s father.

“I stand before you today because I believe a man is being punished for reasons that don’t make much sense,” said Owen Beck, whose parents took him to Lynch’s Central Coast Compassionate Caregivers when he was battling bone cancer at age 17. “I believe a great injustice is being done.”

Beck’s father, Steven, told Wu that the chemotherapy his son was undergoing was having devastating side effects.

“He could not eat. He could not sleep. His personality became dark and angry,” the elder Beck said. He told the judge they decided to try medical marijuana on the advice of their son’s Stanford University oncologist. He said Lynch usually gave them marijuana for free or at deeply discounted rates.

“I never felt as though Charlie was there for the money,” Beck said.

Such testimony was not allowed at Lynch’s trial because the Supreme Court has ruled that a claim of medical necessity is not a valid defense.

Janice Peters, the mayor of Morro Bay, described Lynch as a “polite, compassionate” man who did everything the city asked of him with respect to his business.

Rob Schultz, the town’s city attorney said he received only one complaint about Lynch the whole time he was in business “and that had to do with the quality of the medical marijuana.”

The comment drew loud laughter from Lynch’s supporters, who packed the courtroom, many of them wearing green ribbons with the word “compassion” printed on them.

Cultivating, using and selling doctor-recommended medical marijuana is allowed under some circumstances in California and a dozen other states, but federal law bans the drug altogether.

Though Lynch was not charged with violating state law, prosecutors contend that he broke the law because he was not truly a “primary caregiver” entitled to dispense marijuana to patients and that he profited from the operation of his business.

Much of the discussion Thursday dealt with whether Wu was required to sentence Lynch to a mandatory minimum of five years or whether the defendant was entitled to a lesser sentence under a so-called safety valve.

The next hearing in the case, which the judge said would be the last, is scheduled for June 11. 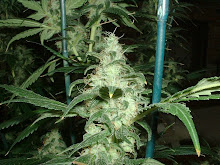 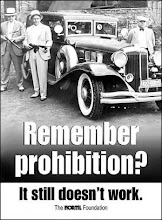